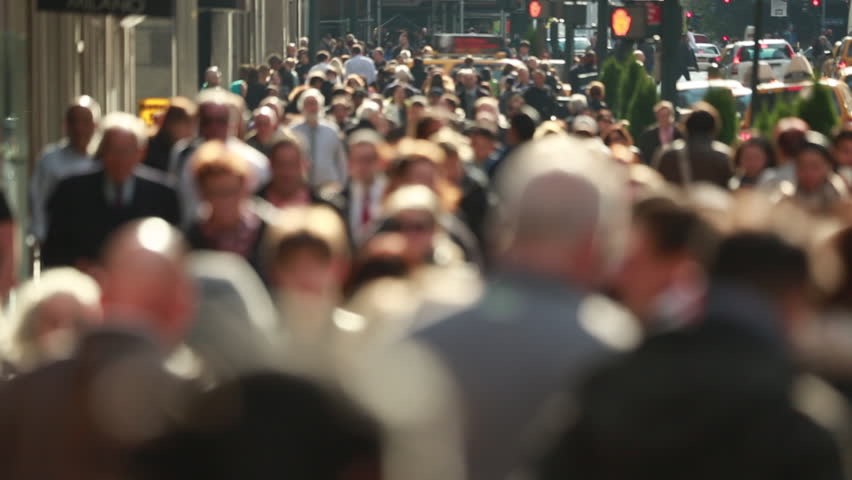 Qualitative research focuses on understanding the meaning behind a situation with words and images, rather than simply the numbers that you could use to measure or predict the phenomenon.  Its roots are in the 19th and early 20th centuries with Wundt and Freud who used case study and introspective techniques however its popularity and use has come to the forefront in the last 50 years. Qualitative researchers have criticised quantitative methods and the positivist epistemology which it brings with it for its political motivations and the lack of ecological validity. It is used by researchers adopting a constructionist view of the world, where meaning emerges through interaction and discourse and where reality is a dynamic, multi-faceted and constructed concept (Savin-Baden & Major, 2013). Qualitative research uses a variety of data collection methods such as interviews, focus groups, ethnography and discourse analysis, which all hope to delve deeper into the answer behind a question than a quantitative study might be able to do.  It often takes a more bottom-up approach where you might study a situation and THEN come up with an idea rather than using a ‘hypothesis-first’ testing approach; this makes the approach seem more naturally occurring, and humanist, and can mean a more fluid research structure.Â  It may be used in conjunction with qualitative research as both approaches bring different qualities to study. The data collected is unstructured in nature. Academics and market researchers in both the public and private sectors use qualitative research to inform their studies.

There are various advantages of using qualitative methods in psychological research. By using a grounded theory approach, from the bottom up, psychologists may be able to avoid making certain errors in research planning; if they study the subjects first and gain an understanding of the situation BEFORE a hypothesis, they are likely to make a more informed choice with regards to the hypothesis, than if they had decided on a hypothesis only after studying other people’s research and using their own assumptions. Methods such as focus groups and interviews allow the researcher to delve deeper into the study and react to changes of focus, tangents, small details and surprising new insights by asking further questions and asking for more specifics. They can gain a deeper knowledge of the subject often simply because they have more time to spend with a smaller sample group.  They can also observe new variables such as facial expressions, atmosphere, emotion which they may not have foreseen; whereas in a qualitative study your experiment is often set up in advance to measure only restricted outcomes. Qualitative studies often try to study participants in natural environments, especially via ethnomethodology. This can mean that the findings are more applicable in real world situations, more likely to be representative of reality and can be relatable by those who are reading the research.

There are, however, potential issues in using qualitative methods in psychological research. Often the sample size is quite small, which may mean that any findings cannot be generalised to the population as a whole; which may mean that the insight has reduced impact and less relevance to a wider audience. Some qualitative methods can be very time consuming (discourse analysis for example), and thus carrying out larger sample sizes, or more expansive studies may simply not be possible. Qualitative research has been criticised for being more subjective presumably because many of the data collection methods use a human interface which can enable leading questions, and because analysis methods ask for words to be interpreted; this allows for personal biases, assumptions and weaknesses to corrupt the information, although is seen as a positive by qualitative researchers themselves as this adds another element, and further depth to the study.

Qualitative interviewing have some distinctive features. Qualitative interviewing is normally a considered and planned meeting of two people where the interviewer asks questions in order to understand the interviewee’s understanding of a given situation or concept. They can appear misleadingly easy to conduct but are in fact a complex mix if interactions, listening techniques and clarification skills which produce rich and potent data (Banner, 2010). Although they can be structured, narrative, or unstructured, they are most often semi-structured, which means that there is a framework of given questions which cover the areas of interest, but the order is not restricted, and other questions can be inserted or added. The questions often start general, and then become more focused, and the atmosphere aims to be relaxed and open One of the most challenging aspects of the interview is that questions are value-neutral (non-leading) to allow the interviewee to express their spontaneous response rather than a controlled one. The interviewer will use prompts or probing questions to encourage full explanations and more details. The interviewer is considered as part of the research and as such his / her responses are important too. They are often recorded, and the aim of the research is made clear and transparent to the interviewee. Responses are then transcribed and analysed. Confidentiality and anonymity are imperative, and careful ethical considerations are vital, as even relatively routine conversations can be upsetting for participants in an interview situation (Arksey & Knight, 1999, cited in Banner, 2010).

There are various advantages in using qualitative interviews in psychological research. They allow an in-depth understanding of a person’s point of view which can produce very rich data, sometimes in areas where little or nothing before has been studied. They are flexible and adaptable enough to allow for understanding any new trends, discoveries, insights or details that psychologists had not previously anticipated coming up, and quickly gaining a large amount of information in a relatively small amount of time. They also provide a human and personal way of understanding an issue rather than an impersonal or scientific method; this may allow for a more ethical and also more relatable understanding of the issue

However they are not without their drawbacks. People may be deceptive in their responses in order to please, may hide things they are not proud of and may try to come across as how they would like to be considered, due to the face to face aspect of the interview, the referent aspect of the interviewer or the perceived authority that they might hold. It is time intensive and sometimes laborious both to interview people and to transcribe the discourse. It is also a challenging task; interviewees may not always be easy; they may be unforthcoming or they may become upset and sensitive and need sympathy. Choosing the right questions which are not leading but still get a thorough response is not easy in the first place.

Focus Groups differ somewhat to interviews. Focus groups have been used in business for much of the 20th century, and their use has become more popular in the last 20 years in the public sector in particular (Then, Rankin & Ali, 2014). Focus groups normally involve a small group of people (from 4 to 14 participants) with something in common, and they informally discuss a topic with a researcher playing the role as moderator, facilitating and recording the discourse for no longer than an hour (Then, Rankin & Ali, 214). As with qualitative interviews ethical considerations are key, therefore each session will start with an explanation of the study and any clarification needed, confidentiality and anonymity issues will be discussed and consent forms will be signed. They aim to be naturalistic, in relaxed settings to create speech representative of that in the real world. The flow of data is dynamic, and as such the format needs to be flexible. Non-verbal communication is also studied and can be valuable. The data then needs to be transcribed and analysed. Analysis of the data can be approached from a content point of view or from a discourse analysis point of view (how things are expressed). Ultimately, a focus group will allow a researcher to understand about people’s opinions and beliefs about a certain subject, but it must be noted that these attitudes may change and develop over the course of the group interview and this transformation is also of importance and interest. (Then, Rankin & Ali, 2014).

Some advantages of using focus groups in psychological research are that they allow researchers to collect data on a variety of people simultaneously and in a short amount of time; the data is rich because you not only have a multitude of viewpoints from different people but also a record of how people express those points, as well as the development and change of opinions over the course of the session. Focus groups also enable the researcher to study how people interact with each other in a social setting; they can see how people’s opinions are expressed socially, and how attitudes are constructed as a group; the dynamics of social relations and concepts of acceptability and taboo can be understood directly via a group interview.

However potential drawbacks of focus groups are numerous. Focus groups are not appropriate for confidential or sensitive material or subjects, however participants may bring up topics which are just that, and this can be difficult to manage during the session. In addition, what can be deemed a relatively benign subject may be quite a sensitive subject for someone in a group situation and they may therefore resist discussion of it during the group interview. Data is much more difficult to transcribe and analyse from a group interview than from an individual interview because people talk over each other and therefore fragments of sentences rather than full ones occur more frequently.Some group members may dominate the conversation and others may be more introvert and speak very little; this can be difficult to control and may mean that data is compromised if this is not addressed.

Thematic analysis provides another strong to the qualitative research bow, and this is examined further in its own post.