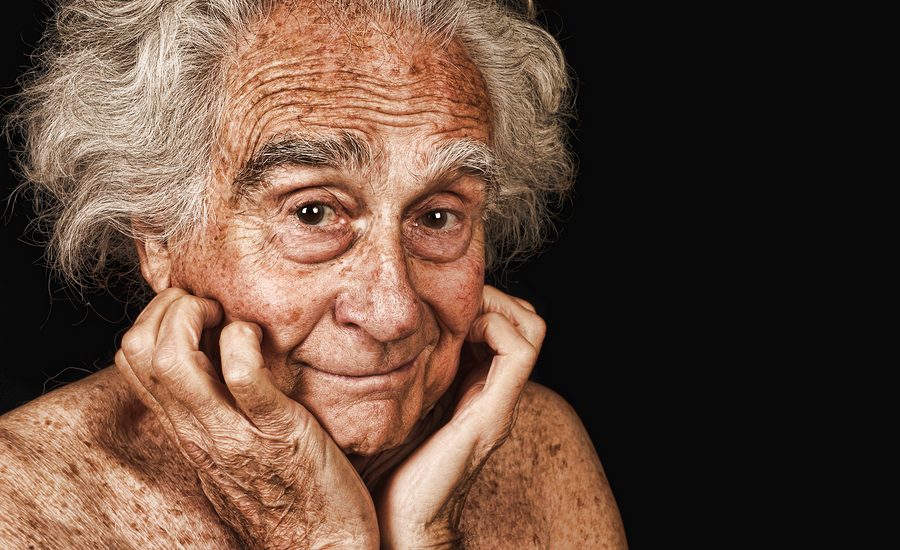 Here I put forward a case report describing the assessment and treatment of April (pseudonym).  April is an 80-year old, retired female, living alone with multiple physical health co-morbidities, referred by her doctor for symptoms of anxiety.

DSM-V (2013) suggests a provisional diagnosis of Generalised Anxiety Disorder (GAD) is appropriate if the client has experienced excessive anxiety for at least 6 months, has difficulties controlling the worry with 3 or more of the following symptoms: feeling on edge, fatigue, irritability, muscle tension, sleep disturbance and difficulty concentrating. The client met these criteria.

The Equalities Act (2010) outlines nine characteristics which are protected in the eyes of the law against discrimination, of which ‘Age’ is one.  As an older adult, it is important that April’s age does not adversely affect the access, care and service provided by us.  As a publicly funded health care system, the NHS, and we, as employees, have responsibility to ensure that discrimination does not happen and care is adapted to support the client’s needs.  Date of birth and thus age, are routinely collected by all practitioners within IAPT.

Although rates of anxiety are lower in older adults than younger patients (Blazer et al, 1991), anxiety in older adults is both under-recognised and treated in primary care in the UK (Vink et al, 2008) perhaps because there is a positivity bias in how older adults remember experiences (Carstensen & Mikels, 2006) and thus screening test scores may appear sub-clinical.  Indeed, the number of older people being treated in IAPT is now 6.5% (2013/14), but is still short of the target (Burns & Warner, 2015).

With regards engaging in assessment and treatment sessions, studies show that some older adults may be affected by executive dysfunction which can impact on the benefit they experience from CBT based interventions (Mohlman & Gorman, 2005).

It is therefore important that we acknowledge patients’ older age, the impact that this may have on treatment and the risks that are linked with this status and adapt our care accordingly.

The client is an older adult suffering with osteoporosis which had left her with ongoing pain and mobility difficulties with more strenuous physical activity. During treatment the client was also diagnosed with emphysema which was believed by the GP to be the cause of the breathlessness. The client also suffers with high blood pressure for which she was taking tablets.

The client presented with moderate symptoms of anxiety (GAD-7 = 10) and mild low mood (PHQ-9 = 7) related to concerns about health problems associated with aging and finances.    The client completed a six-week, Stress and Anxiety Management psycho-educational course during which her symptoms increased to moderately-severe levels of low mood (PHQ-9 = 19) although her anxiety remained moderate (GAD-7 = 11).  The client was then offered a course of GSH.  At the consultation, the client’s scores were below caseness (PHQ-9 = 4, GAD-7 = 5).

The client reported that her symptoms caused the biggest difficulties in terms of maintaining personal interests as she reported being mentally exhausted, unable to concentrate and was easily distracted.  She also felt that negative changes in her mental and physical health correlated.

There were multiple diversity considerations to be made:

After the consultation it was decided that the client would benefit from Cognitive Restructuring in line with NICE Guidelines for treatment of anxiety (NICE, 2011) as recommended by Richards and Whyte (2011).  CR can change unhelpful negative thoughts which can in turn reduce anxiety.   At the ATS the client was given homework of completing a thought diary.

Treatment Session 2: We reviewed the client’s health status and how that might affect access to and engagement in treatment. We reiterated the CR rationale and reviewed the homework, where the client had thought challenged and revised the thought in session successfully.

Using the COM-B model (Michie et al, 2011) we found that the client had motivation and opportunity to engage with the treatment but did not always have concentration capability to engage with it.  This barrier is discussed in the reflection which follows.

Using the Rolfe, Freshwater and Jasper (2001) model for reflection I found that:

I successfully gathered information and addressed issues arising from April’s physical health concerns and explored how this might be affecting her access to treatment, both in terms of ability to access appointments, ability to carry out homework, how it was affecting anxiety symptoms and thus how it might impact on the type of intervention I chose.

Nevertheless, in the session, April struggled to find the words that she wanted, often using the phrase “what’s the word” when articulating herself.  She also reported that she found it hard to concentrate when doing tasks at home.

As detailed above, research has shown that older adults’ cognitive function may decline and can impact on the benefit they experience from CBT based interventions (Mohlman & Gorman, 2005).  In particular, word finding difficulties are more common for older adults (Burke et al, 1991) perhaps because older age is also associated with a reduction in processing speeds (Salthouse, 1996).  It is therefore important to make adaptations to care to allow for these differences to ensure maximum benefit from the intervention.

To adapt my care to April’s needs, I waited for her to find the word, allowing extra processing time.  I also planned more time for our sessions to allow for this factor.  I used common factor skills such as reflection and summarising to validate the client’s experience which can increase therapeutic alliance (Papworth et al, 2013).

In addition, concentration difficulties are more common among older adults (Giambra, 1997), and can impact on one’s ability to remember (Norman, 1976).  This may impact on April’s ability to remember the CR process. As such, I repeated the CR process to help embed it within April’s memory, and when the client’s conversational attention diverted to a subject somewhat off topic, I brought the conversation back to the intervention topic, guiding the client’s attention.

April reported at the end of the session that she felt that she understood the CR process and rationale, and as such I felt that I had successfully supported her to engage with treatment.  However at times, April talked over me, and this may be because whilst I had waited until she stopped talking to speak, that her pause was not indicative that she had stopped processing the topic, but more that she was continuing to think and that this may take more time for her than others.  As such I will give a longer pause after April speaks before I speak, as this may help allow her time to think and therefore engage with the intervention.

I also found that whilst the client reported her emphysema diagnosis, I didn’t take enough time to empathise, using little eye contact and no empathetic statements.  Whilst the client did not directly report distress at this diagnosis, it may have been distressful for her, adding to her concentration difficulties; thus more empathy in the future will increase therapeutic alliance, and thus maximise engagement with interventions.

Reflection on use of supervision

Using the Rolfe, Freshwater and Jasper (2001) model for reflection on supervision I found that:

On discussion of the concentration and word finding difficulties that my client was experiencing, my Clinical Skills supervisor reminded that as Ken Laidlaw reported in his lecture on Older Adults, the method of Selection, Optimisation and Compensation (Baltes & Smith, 2003) can be useful in adapting use of CBT principles with older adults.  This comprises encouraging clients to prioritise things that they are trying to do in order to achieve what is most important to them and also adapt their approach to tasks to allow for their difficulties.

For April, this would mean discussing how to prioritise tasks and potentially reduce her repertoire so that she could optimise her success with CR.  In addition, it would mean discussing how to adapt her approach to allow for slow processing, poor concentration and memory deficits that older age brings; this might be repetition, shortening homework schedules, making notes and using support such as her son to guide her if needed when at home.

For subsequent sessions I have drawn up a list of questions to help guide April in using the Selection, Optimisation and Compensation method.  This questioning approach rather than a directive method allows her to find her own solutions, also helping embed the solutions in her memory, although I can of course suggest solutions if necessary.

April’s scores had reduced to typical levels for anxiety and low mood (PHQ-9 and GAD-7 = 3), and the impact on her life had reduced considerably (from WASAS  = 31 to 7).

Plans for continuing treatment are:

Working with April has allowed me to further understand the capabilities and limitations that can be experienced by older adults.  In particular, that treatment can be adapted to allow for cognitive deficits which does not preclude the client from experiencing the benefits of treatment using CBT principles.  It will also have given me experience in applying the Selection, Optimisation and Compensation method (Baltes & Smith, 2003) as a structured way to adapt care.

Additionally, whilst LTCs may be common in older adults, this experience has taught me that I should not assume that these factors prevent an older adult from engaging with treatment, and that they can bring skills such as resilience and adaptability (Satre et al, 2006) which can indeed enhance their ability to engage with the programme.

April is highly motivated and has opportunity to change.  She also has the capability to change when treatment is adapted.  Her effort in completing homework tasks and preparing for sessions has aided recovery.  With regards practitioner factors, I have learnt to be more patient when supporting older adults with slower processing speeds; if I had not done this, therapeutic alliance and thus outcomes may have been damaged.

The client reports that CR has been a helpful treatment factor for them, something which is evidenced by an improvement in scores.

Carstensen, L.L. and Mikels, J.A., 2005. At the intersection of emotion and cognition aging and the positivity effect. Current directions in psychological science, 14(3), pp.117-121.

www.happii.uk is a website providing information about mental health and wellbeing.
Happii.uk is provided by Anna Batho, a therapist working in High Wycombe and providing therapy in Amersham and the wider Buckinghamshire (Bucks) region.
You can contact her here.

77,155 Replies to “Reflections on a case study treating an older adult with anxiety”